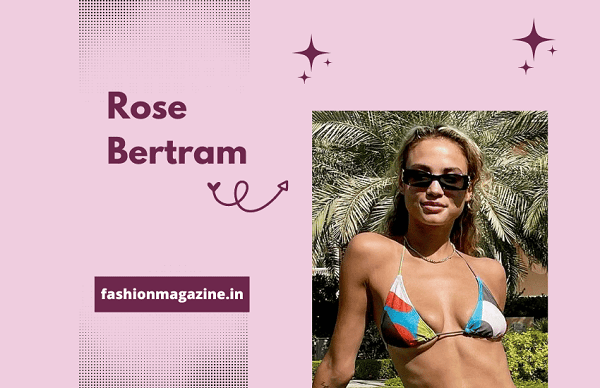 After rumors spread about Mbappe dating transgender model Ines Rau, there seems to be a new love interest in the mix. The 27-year-old model was born in Belgium to a mother from Cape Verde and a Belgium father. Like Bundesliga picks, the stories sparked excitement among soccer fans.

Read on as we explore everything you need to know about Rose Bertram:

Rose Bertram works out daily. She works out in the morning but is flexible if her schedule changes. Her warm-up includes hamstring stretches and conventional squats. Next, she works her legs and quads in three sets of 15 reps each. She then does crunches and bicycle crunches.

Next, she does weightlifting and strength training. Each exercise is done three times with thirty reps. She begins and ends with shoulder exercises. Pushups are part of her strength-training routine, and she concludes the workout with cardio.

Rose Bertram is represented by

Rose Bertram has been romantically involved with:

Gregory van der Wiel (2011-2022) – In 2011, Rose Bertram met Dutch soccer star Gregory van der Wiel. She first lived with him in Paris while he was a member of the French team PSG, then later in Istanbul when he joined the Turkish soccer club Fenerbahçe.

She was 17 years old when they began dating. She even appeared with the Dutch for the cover of Life After Football. They have a child together (b. 2018).

Kylian Mbappe (Present) – While the media thought Mbappe was dating Ines Rau, a transgender model, it appears he’s with Rose, who has two kids for another PSG player.

She is best known for: